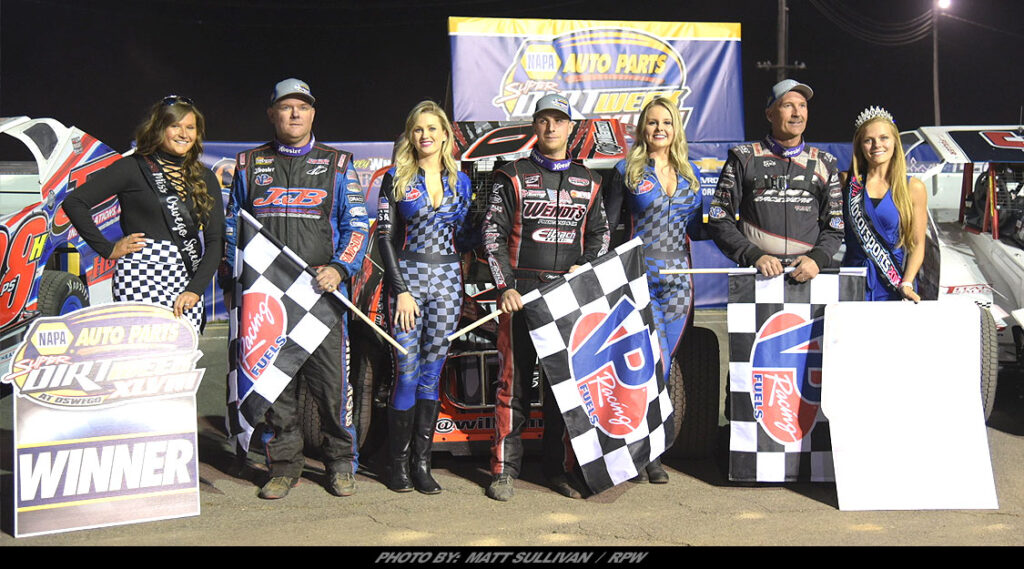 Phelps held off Justin Haers on a lap 22 restart to capture the victory in the first 25 lap qualifying event. Phelps restarted on the inside and slid up to the cushion, breaking Haers’ momentum and opening up a hole for Michael Maresca to take the second spot away on the inside.

“We got a little surprise from the 3 car (Haers) on the restart,” Phelps said. “We both really wanted to win it, but we survived. We will just watch the weather and keep an eye on the track for tomorrow.”

Maresca hung on for the second spot, while Haers had to settle for third. Dave Marcuccilli and Billy Decker rounded out the top five. Brett Hearn drove from position 14 up to sixth, Billy Whittaker, Ryan Susice, Danny Johnson and David Hebert completed the top 10 and are all qualified for Saturday’s 150-lap event.

In the second Heat Race, Williamson survived four restarts with Erick Rudolph to pick up the win in the second 25 lap qualifying event.

“I have to thank my good car owners for the success we’ve been having,” Williamson said. “We have a good hot rod, so we’ll see what we can do this weekend.”

Rudolph had cleared Williamson in turn two on lap 11, but Ryan Bartlett came to a halt in turn three, negating the pass and bringing out a yellow flag.

On a lap 23 restart, Mike Mahaney and Peter Britten were both in a qualified spot, but got together in turn two, ending the run for both drivers. Rudolph finished in second, with Wight completing the top three. Apparent fourth place finisher, Tim Sears Jr., didn’t make weight in post-race inspection, placing Tremont fourth and Billy Dunn fifth. Gary Lindberg, Chris Hile, Alan Johnson, Jessica Friesen and Pat Ward finished sixth through tenth and are qualified for the 150-lap event.

Fuller used a lap 3 restart to retake the lead and cruise to victory in the third 25-lap qualifying event. Corey Wheeler rolled the inside lane and worked around Todd Root to take the second spot away on lap 18. Mario Clair’s car came to life in the final 10 laps, as he launched off the inside of the second turn to get around Root and Anthony Perrego for third. Perrego would rally on the final lap though, as he drove his number 18 machine deep into turns three and four to take the third spot away.

Clair finished in the fourth spot, and Root crossed the line fifth. Root, who is already qualified for the 150-lap event from time trials on Thursday, was disqualified from the 25-lap event for being too light on the scales. Ronnie Davis III was placed fifth, while Jessey Mueller, Jack Lehner, Michael Parent, Demetrios Drellos and Tyler Meeks completed the top 10 and are qualified for Saturday’s event.

Last Chance Showdowns will take place on Saturday morning and will mark the final chance for teams to punch their ticket into the Salute the Troops 150 on Saturday afternoon. 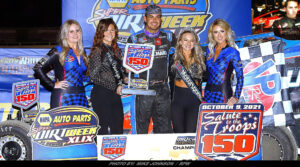 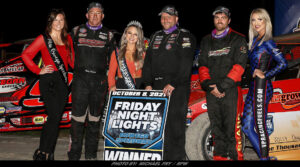 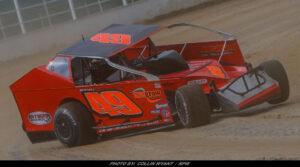