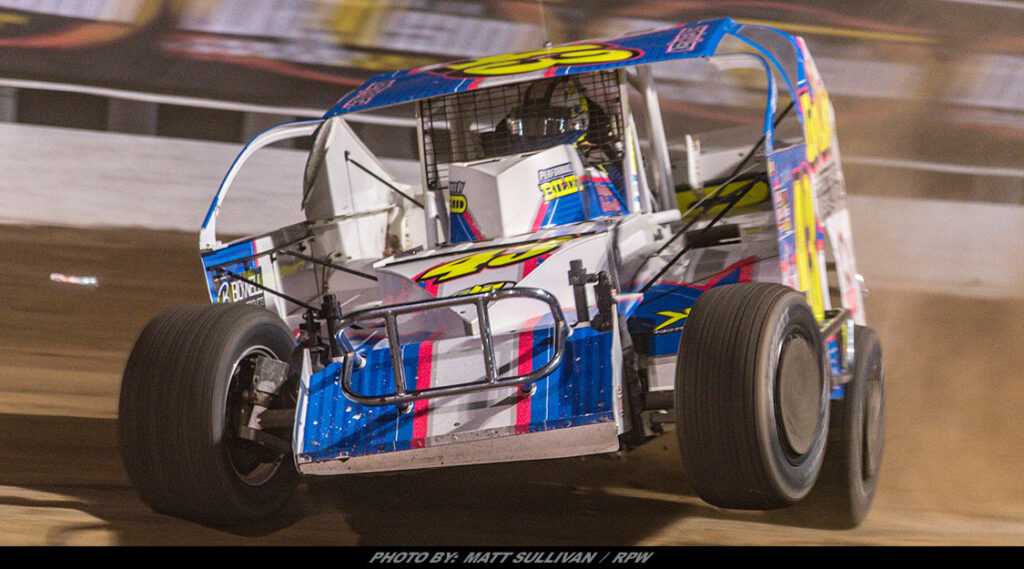 Story By: JOE GRABIANOWSKI / DIRTCAR – OSWEGO, NY – The final positions for the 49th NAPA Super DIRT Week Billy Whittaker Cars 200 for the Super DIRTcar Series have been filled in.

Two St. Lawrence Radiology Last Chance Showdowns decided the fate of all the drivers on the outside looking in. Keith Flach won the first showdown over Erick Rudolph who also made the Billy Whittaker Cars 200. The Sensational One Jimmy Horton took the second over transfer driver Gary Lindberg who came out of row seven. Both winners took home a cool $1,000 for the wins.

After an early caution, Flach got off to a great restart and powered by Walters to grab the lead. As the field circulated and battled for position, Walters, in the black #22, suffered a heartbreaking mechanical failure on lap 15 ending his attempt to qualify for the Billy Whittaker Cars 200.

On the ensuing restart, the Crash Palace Big Block of C.G. Morey went up to smoke with a motor problem. When the field got going again Keitch Flach took to the high side and stretched his lead. Rudolph, who inherited the final transfer from Walters, followed in his tracks. At the conclusion of the 20-lap battle, it was Flach and Rudolph making the big show.

Dave Rauscher and Marcus Dinkins were scheduled to start on the front row but on the merit of their Super DIRTcar Series provisionals, they opted to start in back and park early. In their place, Bob Henry Jr. and Rich Scagliotta brought the 20-lap Last Chance Showdown to the green flag.

Henry built a solid lead until he slowed and came to a stop in Turn Two. Daniel Johnson, in the #27J, worked his way up to third and was knocking on the door for a transfer. Ransomville Speedway standout Robbie Johnston looked low to pass but skated up the track and got into the #27J. Johnson slid up into the wall and made his displeasure known upon exiting his race car.

On the restart, Gary Tomkins dove under Johnston for second and they battled until Tomkins found a rut and lost air in the right rear, ending his night. A chaotic final restart resulted in The Sensational One Jimmy Horton taking the $1,000 St. Lawrence Radiology Last Chance Showdown win.

UP NEXT: This is it. The Billy Whittaker Cars 200 field is set. Tomorrow one driver will leave with $50,000 and a permanent place in dirt track racing history as a NAPA Super DIRT Week champion. 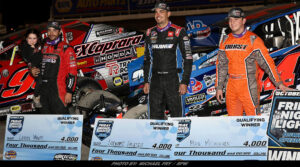 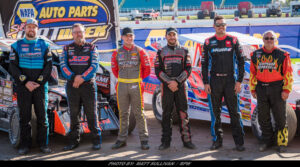