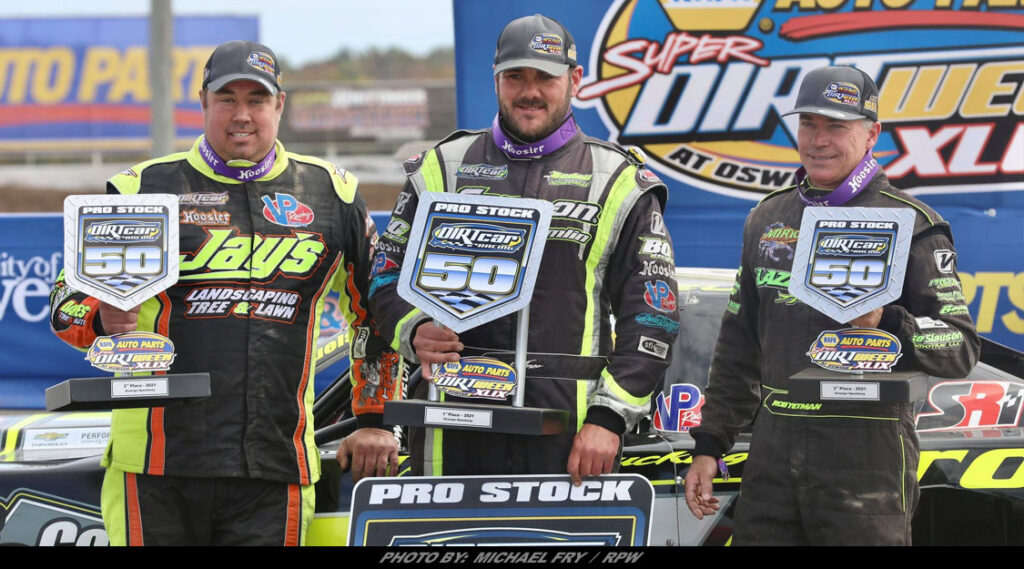 Jeseo and Luke Horning brought the field to the green in the 50-lap Pro Stock Championship, as Horning thundered to the lead off Turn 2. Horning led the first 10 laps before a caution allowed Jeseo to make his move.

The Averill Park, NY driver, found the daylight he needed on the ensuing restart, pulling even with Horning on the bottom through Turns 1 and 2. The two drivers waged war in an epic side-by-side battle through Turns 3 and 4 until Jeseo used his momentum to nose ahead of “Cousin Luke” and took the lead — one he’d never relinquish.

However, Jeseo’s run out front wasn’t smooth sailing. Despite leading the final 39 laps, “Bad Chad’s” run in front of the field was broken up by several cautions throughout the event, including one on Lap 38 when Nick Stone and Rich Crane made contact, sending Crane around and rolling on his roof. Five other cars were involved.

The crash set up one of many restarts on Jeseo’s path to Victory — a problem he solved through patience.

“It feels really good; it’s just a statement from the 25 team,” Jeseo said. “Out here, it was kind of just patience, weathering the storm with the bumps and all that, but we had a good run there with Luke at the beginning, and it was too bad to see him get tangled up.”

Jeseo, who started second, knew his competitors weren’t the only battle he had to face during the DIRTcar Pro Stock 50. He stated he was more worried about beating himself as the laps wound down.

Jason Casey crossed the line behind Jeseo — his best finish at NAPA Super DIRT Week. The Canaan, CT driver, snuck by Nick Stone for second with 28 laps to go, unable to find enough momentum to catch Jeseo in the race’s closing stages.

“I really needed [Jeseo] to bobble,” Casey said. “He’s on the leaf spring car and he seemed to be getting around a little better. I’m on coils, and we’re just trying to figure them out still a little bit.”

Rob Yetman finished third — extending his streak of top-six finishes in the DIRTcar Pro Stock 50 to nine consecutive years. The five-time NAPA Super DIRT Week winner was thrilled after he battled back from two spins to finish on the podium.

“We got dumped twice,” Yetman said. “To get third, I’m pretty ecstatic about that.”

Mike White, filling in for his son Justin, finished fourth, while Scott Towslee rounded out the top five. 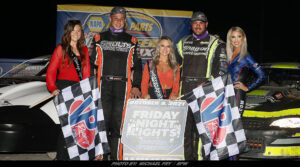 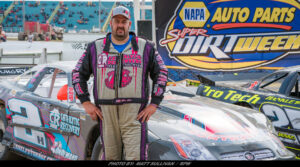