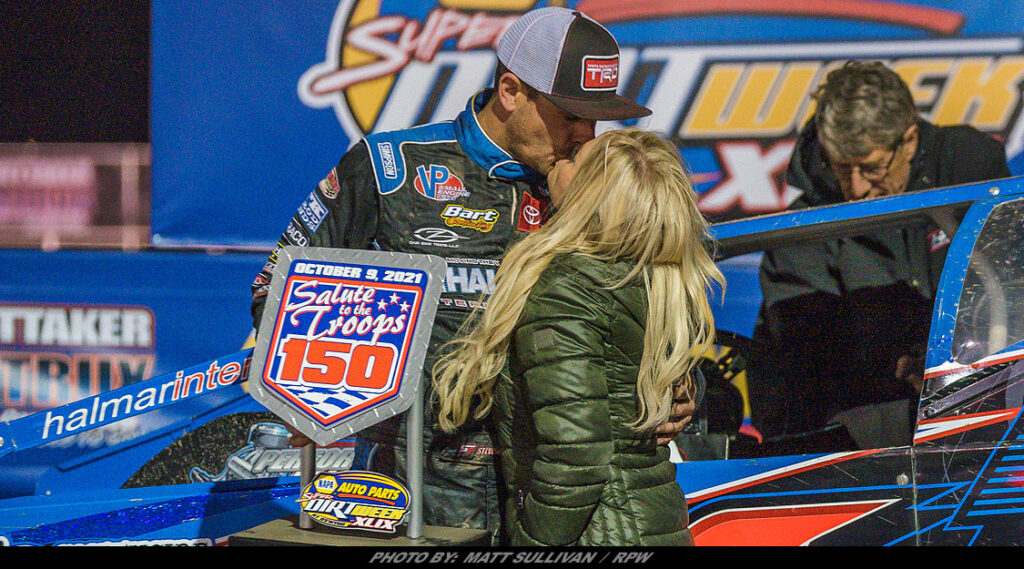 Column By: BOBBY CHALMERS / RPW – OSWEGO, NY – The ruts were on the inside of the turns Saturday at Oswego Speedway, and most of the leaders were using the outside of the track.

That was just fine for Stewart Friesen who used the outside lane as a springboard for his inaugural trip to victory lane in the 358-Modified Championship during Super DIRT Week.

Friesen spent plenty of time working on the high side of the Oswego, NY oval during the 150-lap event. While it didn’t look like it was the right choice early on, it paid off quite nicely by the time the race neared its conclusion.

“It was tough, for sure,” Friesen said. “We started fourth and backed up a bit there. I was starting to get a little frustrated because it seemed like every time I tried to make a move, Billy Dunn was in the same spot. We were running the same lines.”

What finally made things turn into Friesen’s favor?

“We were finally able to get rolling there and the short pit deal panned out,” he said. “That nailed it and we were able to race our way up through.”

When did he feel that his Halmar #44 was ready to make a serious bid for the top spot?

“We raced with Larry (Wight) pretty hard charging again to the front and Michael (Maresca) was running the bottom,” he said. “That just allowed me to keep building momentum on the top.”

As the race neared the finish, Friesen had the top spot but Marseca was nipping at his heels. How was he able to hold the 7MM at bay?

“On the long run, I could run around the top and get some momentum built up,” he said. “However, he could dive-bomb me on the first couple of laps. Kev (Kevin Bates, Friesen’s spotter) said he was on my quarter and under me, so I just tried to shorten the track up a bit and try to slide myself. Luckily, it was enough to hold him off.”

Over the course of this week, track conditions have played a big roll in not only how someone drives it, but how aggressive they can be with their chassis set-up. Did Friesen stray from his original plan?

“When it’s choppy like this, you’re just trying to find a clean line that you can make momentum with,” he said. “Finally, the top came in and was cleaned up pretty good. That was it.” 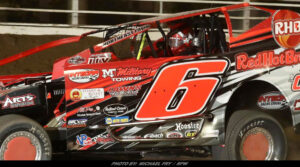 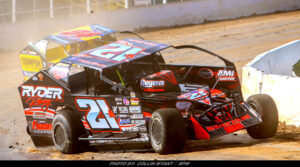